How to improve the structural defects of barrel plating

In order to obtain high-efficiency production and high-quality coating, the structural defects of barrel plating cannot be avoided. The structural defects of barrel plating refer to the defects caused by the closed structure of the drum, such as the slow deposition speed of the coating, the decline of the dispersion ability and deep plating ability of the plating solution, and the high cell voltage.

Obviously, these defects will inevitably become an obstacle for barrel plating to obtain efficient production and high-quality coating, and measures should be taken to improve it.

Since it is the “lifeline”, it is obvious that the opening of the cylinder wall should be based on the principle of unimpeded and better permeability of the solution. The traditional barrel wall opening method is round hole. Its biggest disadvantage is the low opening rate of the drum and poor water permeability, which will make the material transmission of barrel plating subject to great resistance, so that the structural defects of barrel plating are more serious.

With the improvement of the water permeability of the drum, the main metal ions consumed in the drum can be supplemented in time, and the cathode current efficiency and the upper limit of current density will be improved.

In addition, the increase of the opening rate of the drum is always accompanied by the change of the arrangement of the openings on the cylinder wall. The change of the arrangement of the holes on the cylinder wall can reduce the instantaneous current density at the hole, the given average current density can be increased and the deposition speed of the coating can be accelerated.

Compared with the square hole on the barrel wall, the opening rate of the drum is further improved, and the water permeability of the drum is greatly improved because the mesh wall is thin.

The first benefit from the improvement of drum water permeability is the improvement of cathode current efficiency, which accelerates the deposition speed of coating. For example, when a small part is barrel plated, the plating time is shortened by half when the coating reaches the same thickness under the condition of constant current, which means that the deposition speed is doubled, and the production efficiency is greatly improved.

The improvement of production efficiency, especially the inefficient Nd-Fe-B barrel plating, means that the equipment, labor, land occupation, management cost, etc. are saved to varying degrees, which is of far-reaching significance!

Secondly, after the water permeability of the drum is improved, the uniformity of the coating is improved. For example, a mesh roller used in Nd-Fe-B electroplating is significantly better than the so-called “corner effect” (i.e. the thickness difference between high and low current areas) of ordinary roller coating.

02, Circulating jet into the drum

After a variety of improvements on the opening of the barrel wall, the “lifeline” of barrel plating has been greatly unblocked, but the potential to improve the water permeability of the drum is no longer exploitable.

At this time, if the fresh solution outside the drum is circulated and sprayed into the drum from another angle, the effective components consumed in the barrel plating process can be supplemented in time.

At present, jet roll plating technology, which plays an important role in some special electroplating production, is based on this idea.

Therefore, if the composite particles want to cross the “threshold” of the opening on the cylinder wall and smoothly supplement into the drum, it can be said that “it is difficult for the Shu Road to go to the blue sky”.

The jet roll plating technology seems to have more benefits than improving the uniformity of the coating in improving the deposition speed of the coating. This may be due to the fact that the jet into the drum is slightly inferior in improving the solution circulation of the parts close to the surface of the inner wall of the drum, which is the key to restrict the improvement of the current density of barrel plating.

At present, the external jet technology (corresponding to the internal jet to the drum) applied in Nd-Fe-B barrel plating may solve this problem to a certain extent.

Compared with improving the opening of cylinder wall and circulating jet to the drum, vibration electroplating improves the closed structure of the drum most thoroughly.

Vibration plating breaks the closed structure of the traditional drum, thus eliminating the ion concentration difference inside and outside the drum, and fundamentally improving the structural defects of barrel plating. Its conductive conditions, power line distribution and solution concentration change are similar to those of hanging plating, and the deposition speed and thickness uniformity of coating are also similar to those of hanging plating.

Similar to the jet roll plating technology used in ordinary electroplating, the obvious benefit of vibration electroplating is that the coating uniformity is greatly improved. For example, the vibration gold plating of a connector (30 ~ 40mm long and about 1mm in diameter) can fully meet the requirement that the thickness difference between its end and waist gold layer does not exceed 0.09um, while the same ordinary roll plating cannot meet the requirement.

In addition, in actual production, sometimes one measure may not be taken to improve the structural defects of barrel plating, and several measures may be used at the same time.

For example, the combination of vibration electroplating and periodic commutation pulse electroplating technology will often play a more ideal effect in improving the uniformity of coating.

In short, after fully understanding the harm caused by the defects of barrel plating structure, we should actively deal with it in production, no matter one or several measures are taken to minimize the harm, so as to maximize the production efficiency and product quality of barrel plating. 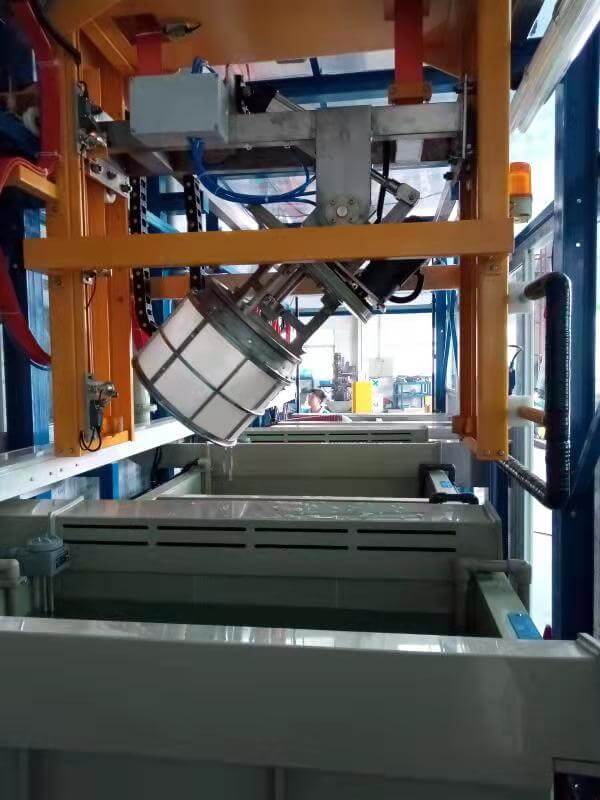 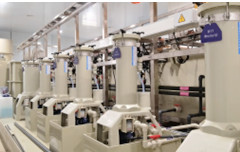