Precautions for electroplating of screw fasteners

1.  Appearance of screw fasteners after plating

The service life of screw fasteners in corrosive atmospheres is proportional to its plating thickness. The general recommended thickness of economical electroplating coating is 0.00015in~0.0005in (4~12um).

3. The coating distribution of screw fasteners adopts different deposition methods, and the way the coating gathers on the surface of screw fasteners is also different. During electroplating, the coating metal is not uniformly deposited on the peripheral edge, and a thicker coating is obtained at the corners. In the threaded portion of the fastener, the thickest coating is located on the thread crest, gradually thinning along the flank of the thread, and the thinnest deposit is at the bottom of the thread, while hot dip galvanizing is just the opposite, the thicker coating is deposited on the inside corners and On the bottom of the thread, mechanical plating has the same metal deposition tendency as hot dip plating, but is smoother and has a much more uniform thickness over the entire surface.

4. During the processing and handling of screw fasteners, especially during the pickling and de-washing before plating and subsequent electroplating, the surface absorbs hydrogen atoms, and the deposited metal coating then traps hydrogen. When the fastener is tightened, the hydrogen shifts towards the most stressed parts, causing the pressure to build up beyond the strength of the base metal and creating microscopic surface cracks. Hydrogen is particularly active and quickly seeps into the newly formed fracture zone. This pressure-rupture-infiltration cycle continues until the fastener fails. Usually occurs within a few hours after the first stress application.

To eliminate the threat of hydrogen embrittlement, screw fasteners should be heated and baked as quickly as possible after plating to allow hydrogen to seep out of the coating, typically at 375 to 4000F (176 to 190°C) for 3 to 24 hours. 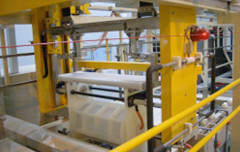 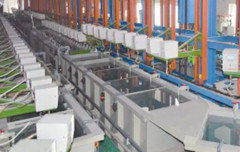