In the electroplating industry, there is often a saying that “there are defective products in electroplating production, half of which are not clean after degreasing”. Numerous facts have proved that this statement is somewhat reasonable.

Long term production practice has proved that if there are organic substances such as oil stains on the metal surface, sometimes the coating can be deposited, but the flatness, adhesion and corrosion resistance of the electrodeposited coating are always affected by the “interlayer” of oil stains, and even the deposition is discontinuous, loose, and even the coating is stripped off, so that the actual use value is lost. Therefore, degrease before plating becomes an important process operation.

According to the types and properties of oils, degreasers contain two main components, alkali detergent aids and surfactants.

Sodium silicate and sodium tripolyphosphate can not only provide alkalinity, but also provide a certain emulsifying power. They are widely used in various degreasing cleaning agents, especially in alkali sensitive degreasing processes. The biggest defect of using sodium silicate is that if you do not wash it with hot water after degrease, it is difficult to completely clean the residual sodium silicate by direct cold water washing. The residual sodium silicate will react with the acid of the next process to form a firmly attached silica gel, thus affecting the adhesion of the coating; Sodium tripolyphosphate is mainly concerned about the environmental damage caused by phosphorus pollution.

Surfactant is the core component of oil remover. The early oil removers were mainly emulsified by emulsifiers, such as fatty alcohol polyoxyethylene ether (AEO) series, alkyl phenol polyoxyethylene ether (TX, NP) series, etc. Excessive use of emulsifier will emulsify and solubilize the fallen oil in the working fluid, resulting in the gradual decline of the degrease capacity of the working fluid, which needs to be replaced frequently.

However, with the rising price of surfactant, it is increasingly required to reduce the amount of surfactant used and improve the rate of degrease, which requires that the degreaser has good dispersion and secondary deposition resistance, peel off the fallen grease from the metal surface, do not emulsify or saponify in the solution, but just float on the solution surface to maintain the clarity and continuous degrease ability of the tank liquid. 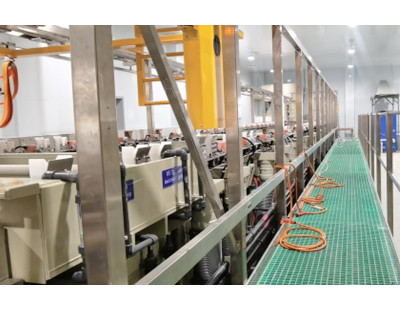