With the rapid development of global economy, pollutants containing heavy metals enter the soil through various ways, resulting in serious soil pollution. Soil heavy metal pollution can affect the decline of crop yield and quality, endanger human health through the food chain, and lead to the further deterioration of atmospheric and water environmental quality. Therefore, it has attracted extensive attention of countries all over the world. At present, there are different degrees of heavy metal pollution in the soil of various countries in the world. The average annual emission of Hg in the world is about 15000 tons, Cu is 3.4 million tons, Pb is 5million tons, Mn is 15million tons and Ni is 1million tons.

1. chemical treatment method: chemical stabilization and solidification, adding heavy metal stabilizer; The formed solidified substance can also inhibit the re dissolution and diffusion of pollutants when the environmental conditions change (such as pH). Finally, the aim of reducing heavy metal pollution is achieved.

Ø chemical treatment method:  Weuses the high-tech product with heavy metal stabilizer to effectively solidify and stabilize the soil, so as to reduce the lead content in the environment. Our heavy metal stabilizer is made by mixing a variety of natural rock intermediates in nature and adding additives. It has natural activity and adsorption. The mechanism of this technology is to imitate the formation process of metal ore, so that heavy metal particles are fixed by stabilizers under the adsorption, reaction adsorption and ion exchange of natural rock intermediates, and further through the high crystallization of aqueous amorphous substances such as silicic acid and aluminum and low crystalline minerals, heavy metals become trace components in minerals. The generated crystalline material can generate staggered crystals through the recrystallization process and between particles to form a strong structure curing net, and further seal the solidified heavy metals in the curing net. This process not only achieves the curing effect, but also achieves the stabilization effect through the irreversible reaction process of crystal crisscross and recrystallization. The formed solidified substance can also inhibit the re dissolution and diffusion of pollutants when the environmental conditions change (such as pH). Finally, the aim of reducing heavy metal pollution is achieved. The management cost is a little higher.

Ø engineering treatment method: after removing the surface soil, the guest soil is 20cm (added as polluted new soil). In addition, the leaching method uses the leaching solution to wash the polluted soil; The heat treatment method is to heat the contaminated soil to volatilize the volatile pollutants (Hg) in the soil and collect them for recycling or treatment; Electrolysis is to remove heavy metals from soil at anode or cathode under the action of electrolysis, electromigration, electroosmosis and electrophoresis. The above measures have the advantages of complete and stable effect, but they have the disadvantages of complex implementation, high treatment cost and easy to reduce soil fertility.

Agricultural management is to change some farming management systems according to local conditions to reduce the harm of heavy metals, and plant plants that do not enter the food chain on the polluted soil. Rational use of agro ecosystem engineering measures can also maintain soil fertility, improve and prevent soil heavy metal pollution, improve soil quality, and coordinate with natural ecological cycle and system. Planting trees, flowers, grasses or cash crops (such as castor) on both sides of the highway in the polluted area, planting turf or ornamental trees, transplanting and breeding can not only beautify the environment, but also purify the soil. 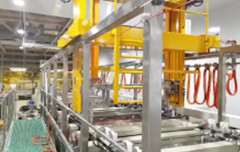 Why should flow rinsing be used for electroplating ？ 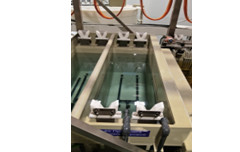