What will affect the quality of electroplating layer ?

1. The effect of current density on the plating coat

The cathode current density has a great influence on the thickness of the crystal grains of the coating.

2. The effect of temperature on the plating coat

Under the same other conditions, increasing the temperature of the plating solution will speed up the cathode reaction rate and the diffusion rate of metal ions, reduce the cathode polarization, and thus make the coating crystals thicker. The reasons for this are as follows:

(1)  The ion diffusion rate due to thermal motion is increased, and the concentration polarization is reduced.
(2)  The discharge metal ions have a larger activation energy, which reduces the electrochemical polarization.
(3)  The combined effect of the two will reduce the cathodic polarization during electrodeposition. In addition, increasing the temperature can also improve the conductivity of the electroplating solution, promote the dissolution of the anode, improve the efficiency of the cathode current, reduce pinholes, and reduce the internal stress of the coating.

3. The influence of agitation on the plating coat

Agitation can increase the current density and at the same time facilitate leveling.

(1)  Agitation eliminates part of the concentration polarization. When there is a leveling agent, the stirring makes the diffusion rate of the leveling agent faster, thus strengthening the effect of the leveling agent.
(2)  Agitation will accelerate the convection of the electroplating solution, so that the consumed metal ions near the cathode can be replenished in time, and the concentration polarization of the cathode will be reduced, so that the crystallization of the coating will become coarser.
(3)  After agitation, the allowable cathode current density can be increased, the crystal coarsening phenomenon caused by the reduction of cathode polarization by stirring can be overcome, and a tight and fine coating can be obtained at higher current density and higher current efficiency. 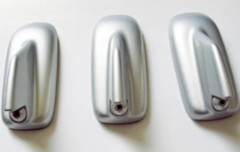 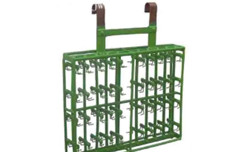