Knowledge of nickel plating （I）

1. The stability of electroplated nickel layer in air is very high. Due to the strong passivation ability of metal nickel, a very thin passivation film can be quickly formed on the surface, which can resist the corrosion of atmosphere, alkali and some acids.

2. Electroless nickel plating has extremely fine crystal and excellent polishing performance. The polished nickel coating can obtain a mirror like luster appearance and maintain its luster in the atmosphere for a long time. Therefore, electroplating layer is often used for decoration.

3.The hardness of nickel coating is relatively high, which can improve the wear resistance of product surface. Nickel coating is commonly used in printing industry to improve the hardness of lead surface. Due to the high chemical stability of metal nickel, some chemical equipment also commonly use thicker nickel coatings to prevent corrosion by media. Nickel plating is also widely used in functional aspects, such as repairing worn and corroded parts and local electroplating by brush plating technology. The electroforming process is used to manufacture electroformed plates, record molds and other molds in the printing industry. Thick nickel coating has good wear resistance and can be used as wear-resistant coating. Especially in recent years, composite electroplating has been developed, which can deposit composite nickel coating with wear-resistant particles, and its hardness and wear resistance are higher than nickel coating. If graphite or graphite fluoride is used as dispersed particles, the obtained nickel graphite or nickel graphite fluoride composite coating has good self-lubricating property and can be used as lubricating coating. Black nickel coating is also widely used as the coating or decorative coating of optical instruments.

4. Nickel plating has a wide range of applications. It can be used as a protective and decorative coating to protect the base material from corrosion or bright decoration on the surfaces of steel, zinc die castings, aluminum alloy and copper alloy; It is also often used as the intermediate coating of other coatings, on which a thin layer of chromium is plated, or a layer of imitation gold is plated, which has better corrosion resistance and more beautiful appearance. In terms of functional application, nickel plating about 1 ~ 3mm thick on parts in special industries can achieve the purpose of repair. Especially in the continuous casting mold, the mold on the surface of electronic components, the die-casting mold of alloy, the manufacturing of aerospace engine components with complex shape and micro electronic components.

5. In electroplating, because nickel plating has many excellent properties, its processing capacity is second only to zinc plating, and its consumption accounts for about 10% of the total output of nickel.

1. Thickness uniformity, uniform thickness and good uniform plating ability are not only a major feature of electroless nickel plating, but also one of the reasons for its wide application. Electroless nickel plating avoids the uneven thickness of electrodeposited coating caused by uneven current distribution. During electroless plating, as long as the part surface is in contact with the plating solution, the components consumed in the plating solution can be supplemented in time, and the plating thickness of the plated parts is basically the same, even for grooves, gaps and blind holes.

2. The plated parts will not permeate hydrogen and have no hydrogen embrittlement. Hydrogen removal is not required after electroless nickel plating.

3. The functions of many materials and parts, such as corrosion resistance and high temperature oxidation resistance, are better than nickel plating.

4. It can be deposited on the surface of various materials, such as steel, nickel based alloy, zinc based alloy, aluminum alloy, glass, ceramics, plastics, semiconductors and other materials, thus creating conditions for improving the properties of these materials.

5. DC motor or control equipment required for general electroplating is not required. 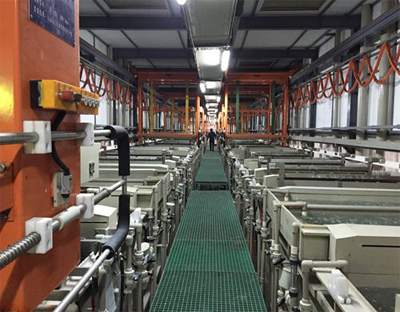