Different from the general nickel containing sewage, the nickel containing sewage of plastic electroplating contains chemical nickel sewage. There are a large number of hypophosphites and organic complexes in the sewage. The complex nickel ions in the water cannot be removed only through simple pH adjustment and coagulation sedimentation treatment. At the same time, the removal of hypophosphites also needs to be targeted. Generally, it is necessary to adjust the pH of the sewage and add oxidant at the same time, The hypophosphite and phosphite in the sewage are converted into phosphate, and the complex in the sewage is destroyed to free the nickel ion, and then the phosphate and nickel ion are removed by adding calcium salt, coagulant and flocculant. It is worth noting that because the nickel containing sewage treatment system needs to treat the RO concentrated water of the electroplating nickel water washing water reuse system, the COD in the water is difficult to reach less than 100mg / L through only one coagulation and sedimentation process. Therefore, the general practice is to discharge it into the mixed sewage after treatment for re treatment. 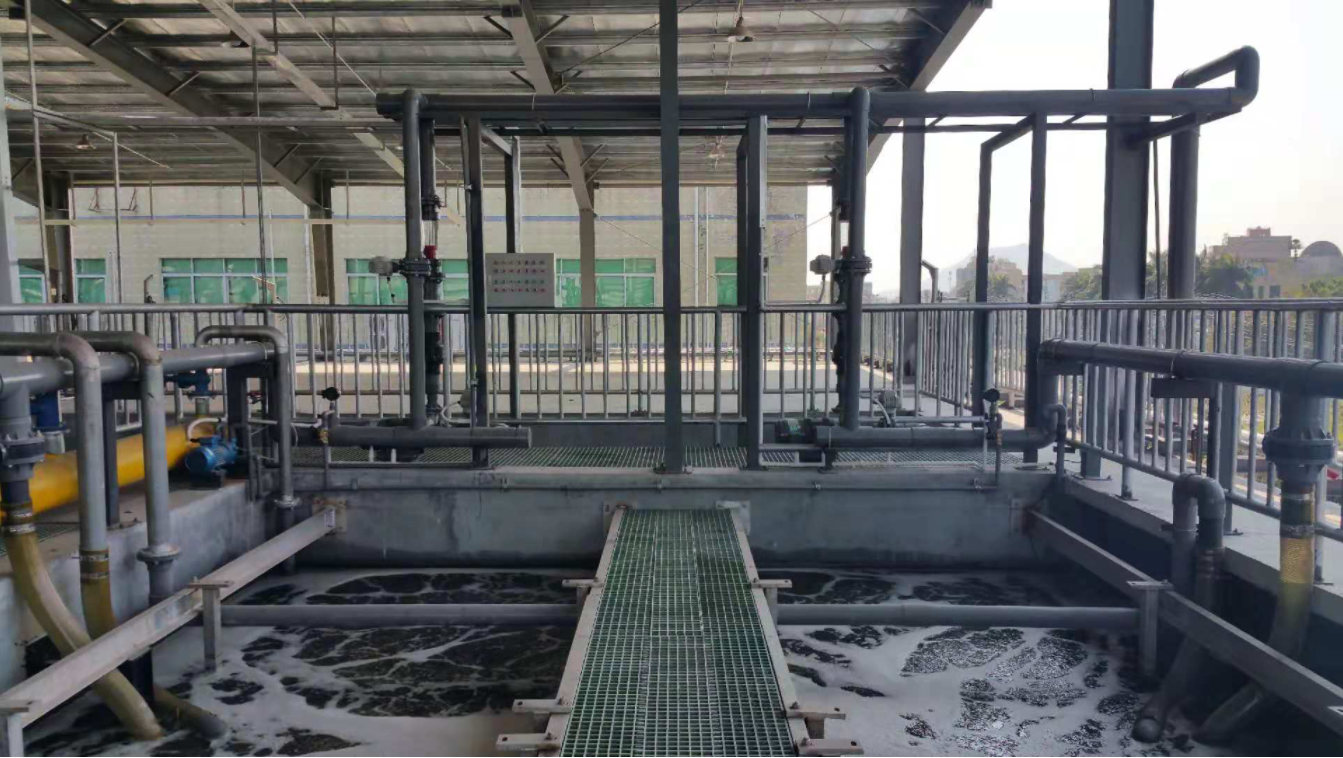